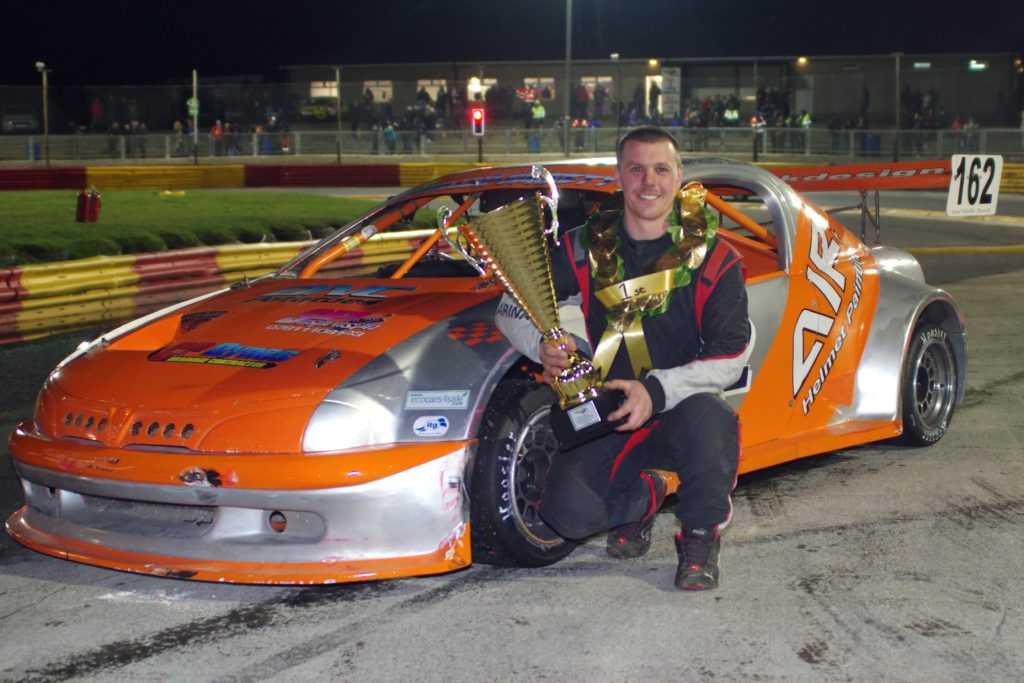 Jaimie McCurdy was quickly away from pole at the start of the first heat however a spinner on turn 3 on the opening lap meant a complete restart. Second time around McCurdy was not so quick allowing Alistair Lowe to lead them off from Haird and McCurdy. Haird was soon through on the inside of Lowe to take up the running, McCurdy and McDonald clashed leaving McDonald with a puncture and retiring while Haird cruised to victory.

The second heat saw Layton Milsom lead them away but he was quickly challenged by Billy Bonnar to take up the running with Terry Hunn in his Mazda dropping into third.  They stayed like this to the flag despite a yellow flag period for a stranded Roy Anderson.

Glen Bell led them away for the final heat but he quickly had David Casey and Derek Martin chasing after him, these three soon opened up a gap over the rest of the field, staying nose to tail for most of the race with Casey just unable to find a way around Bell.

A second and a fifth in the heats had done enough for Waller-Barrett to secure pole position for the European Championship final, however with Haird alongside and Kym Weaver and Bell on row 2 it was never going to be easy.  The first start ended in tears after Waller-Barratt, Haird and Bell all tangled going into the first bend together, and with the pack following behind a massive pile up ensued.  Luckily only three cars failed to make the restart which saw Waller Barratt head them away from Bell, Haird and Weaver.  Weaver found his way past Haird to take up third while Waller-Barrett opened a gap at the front.  Weaver suddenly ended his race when something broke on the car leaving him stranded and bringing out the yellows.  At the restart Waller- Barrett again opened up a gap from Bell who was now being hounded by Haird.  Bell let Haird through to chase after Waller-Barrett and with 15 laps to go Haird caught the leader as they were going through backmarkers.  However it was not till the last couple of laps that Haird was close enough to try a look around the outside, but with chequered flag out Waller-Barrett had driven a faultless race to take the title.  Martin Kingston
Results

Martin‘s, and Ed Fahey‘s excellent photos in the Gallery